MultiTaction has had the pleasure of working with our AV partner Fluid Sound in San Diego, California on several projects in the region. Most recently Fluid Sound and MultiTaction teamed up to work with the University of California’s San Diego School of Medicine to build “The Wall of Knowledge” featured in the Hybrid Operating Room within their Center for the Future of Surgery (CFS).  It is surely one of the most exciting projects we have been a part of!

THE CENTER FOR THE FUTURE OF SURGERY

CFS is a world class facility which is dedicated to advancing surgical techniques. The center, which opened in 2011, has trained over 25,000 surgeons, nurses, medical students, and industry partners int their high-tech simulated operating rooms. In 2019/2020 CFS went through an incredible expansion to become what they believe is the most comprehensive surgical training location in the country. More than 2,000 square feet of new training space has been added to the 20,000 square-foot facility, including the largest microsurgery suite in the United States and the first Hybrid Operating Room designed and dedicated for teaching and training on the West Coast. 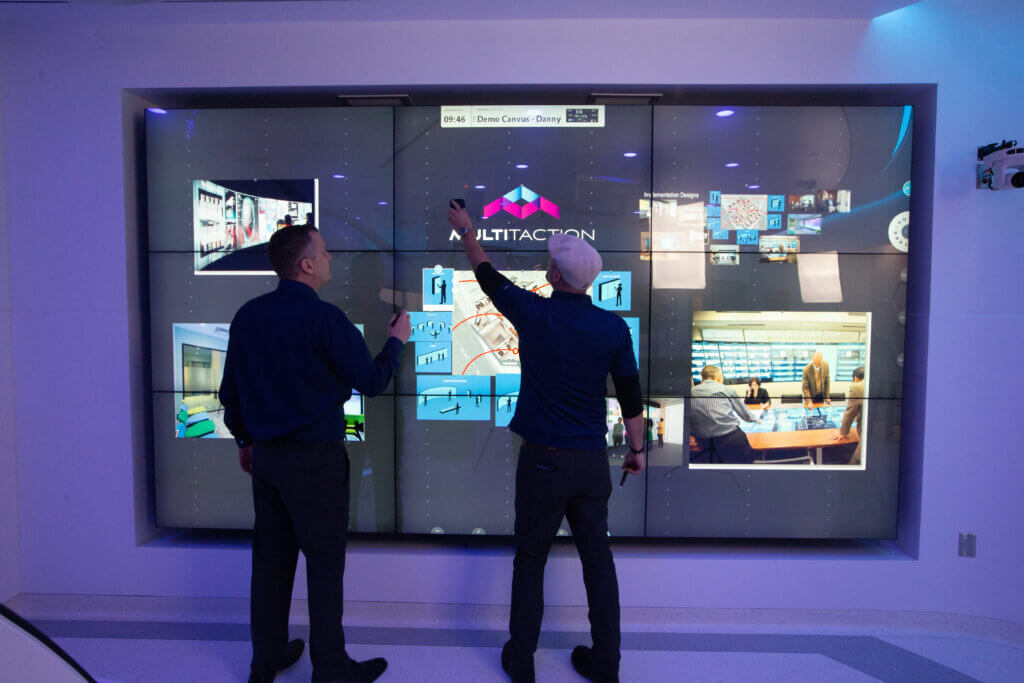 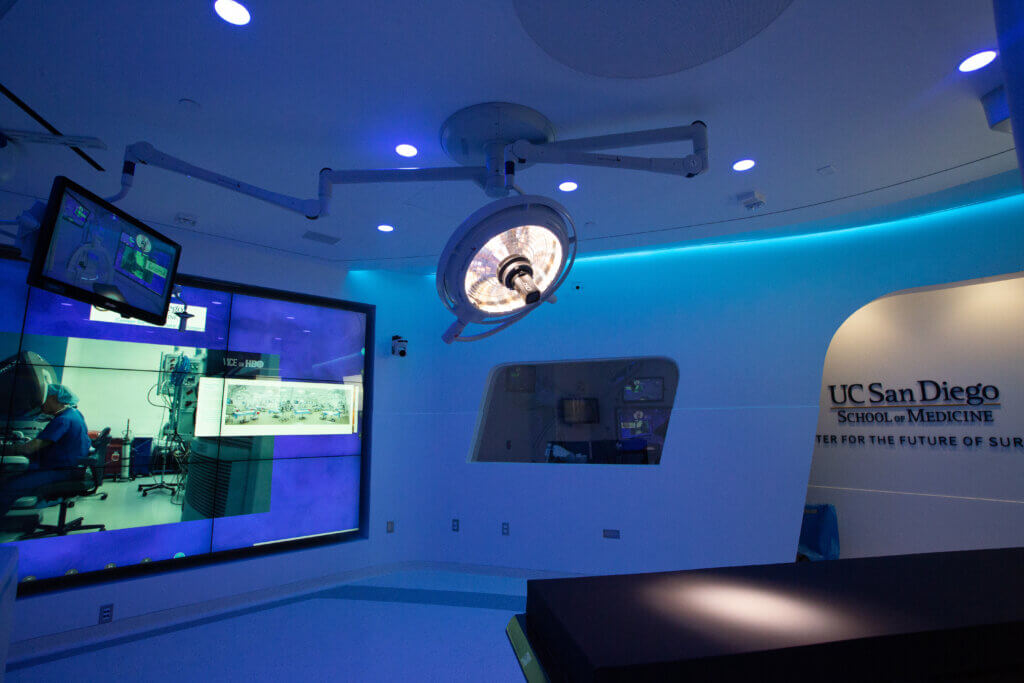 DRIVEN BY A VISION

CFS’s lead visionary for the Hybrid Operating Room was Dr. Santiago Horgan, UCSD Professor of Clinical Surgery, and an internationally recognized expert in robot-assisted surgery and other minimally invasive surgical techniques. Dr. Horgan had a specific idea in mind for what he wanted the wall’s purpose to achieve within the room. In the beginning turning the vision into reality, and within budget, was a challenge. Some of the initial discussions even included some value engineered options, which did include building the wall’s nine-screen video wall from a different display manufacturer with an IR touch solution. Fluid, however, knew the best solution to achieve Dr Horgan’s vision could be best achieved through MultiTaction’s technology. In working closely with their MultiTaction account manager, Danny Santiago, the team was able to close the deal. 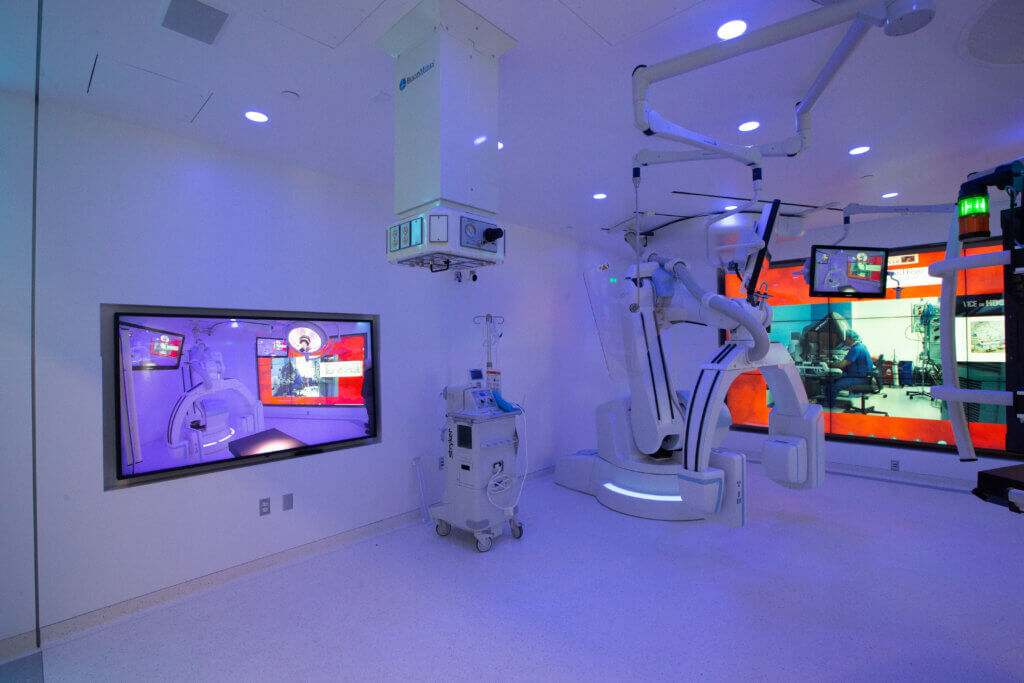 It took over six years in planning and a year of development for Dr. Horgan and his team to bring CFS 2.0 into existence, but the results have been well worth the effort.  The CFS Hybrid Operating Room remains, in Dr. Horgan’s words, “…the most advanced in the country and worldwide.”

Read the case study to learn more about this amazing installation.

Talk To Our Experts